The world subscribed: How tech firm Zuora is powering the subscription economy and the end of own

Tien Tzuo was one of the first business leaders to predict the rise of the subscription economy. Now co-founder and CEO of Zuora, he forecasts how subsc...

Tien Tzuo was one of the first business leaders to predict the rise of the subscription economy. Now co-founder and CEO of Zuora, he forecasts how subscription services are set to disrupt every industry from aviation and energy to media and construction.

Whether we’re watching our favourite TV shows on Netflix or cooking dinner using a Blue Apron meal kit, we’re quickly becoming an economy of subscribers. In fact, according to research conducted by Zuora and YouGov, almost nine in ten people across the UK now have at least one subscription service. Elsewhere in the US, research by Mc Kinsey also found that 15% of online shoppers have signed up for one or more subscriptions to receive products on a recurring basis.

Subscription services aren’t just isolated to consumer products though, they’re also shaking up the tech world through the rise of Software-as-a-Service (SaaS) solutions. Take Salesforce, for example, which provides cloud-based CRM applications for sales, service, marketing, and more, all through a subscription service. It’s proven to be a successful business model for the firm, and it’s one that has since been replicated by other companies like Microsoft, Adobe and Oracle too.

Tech veteran Tien Tzuo is widely recognised as a key thought leader in the SaaS space. He cut his teeth at firms like Oracle and later joined Salesforce when it was just a startup, becoming the firm’s 11th employee. During his tenure, he helped the company grow from the ground up serving as Chief Marketing Officer and Chief Strategy Officer respectively. Yet, for Tzuo, the most fascinating part of working at Salesforce was the fact that he was helping to turn the software business model on its head. “The most interesting part of the job was actually reinventing the business model for software,” Tzuo reflects. “We said to our consumers: ‘we’re not only going to take away all the hassles of managing your own products, services and systems, we’re also going to change the business model’. That service subscription mindset was just as important for our success. We fundamentally disrupted the software sector and a few decades later other software companies have gone in that direction. Now everyone wants to subscribe to software.”

Fast-forward to around 2007 and Tzuo was convinced that Software-as-a-Service was the future. After a hard day’s work, he and some colleagues were at a bar and questioned subscription model could apply to industries other than software? Could the automotive or aviation industry benefit from the subscription model, for example? What about energy or the construction sector? They had heard of up-and-coming firms like Zipcar, Go Get and Netflix who were entering the fray with subscription solutions and suddenly it clicked — this could be the next industry shift.

“These companies were in completely different industries, but they were disrupting their industry in the same way Salesforce disrupted software,” recalls Tzuo. “A light bulb went off and we realised that this is going to be a massive revolution: we call it the ‘end of ownership.’ That year, Tzuo and his colleagues helped to evangelise the shift to a subscription-based model by founding Zuora, a subscription software management platform that would allow companies to enter the subscription economy and address the complex billing structure associated with it. This was a big jump: not only was Tzuo launching a new cutting-edge software platform, but he was also helping to usher in a new movement.

But why was now the right time for subscription services? What sparked the rise of this new model? Tzuo believes that, more than anything, the product economy is simply unsustainable. “The basic principle behind it is that you shouldn’t have to own anything because it’s a hassle,” he says. “If a product breaks you’ve got to fix it, if it’s obsolete you’ve got to buy another one, or you may just accumulate products that you don’t really want.” With the rise of the assembly line and mass production, the industrial revolution helped to pave the way for the product economy. During this period, a business thrived or died by how many products it could sell cheaply and effectively and it made economic sense. Though Tzuo believes that this all changed with the dawn of the internet and smartphones, which put the power firmly in the hands of consumers and the customer experience. “In the old model, the finance team were just counting the dollars and cents and calculating the cost that went into that unit,” he says. “That's not important anymore. What's important is how loyal are your customers and is your business model growing as your customers use more and more of your service?

“Customers are demanding greater experiences and they want that in all aspects of their life,” he adds. “Why should it just be limited to TV shows or entertainment? They also want this for food, for clothes, for transportation, for their vacations. They want it for everything.” As customers demand more, it’s pushing companies to better themselves and create better offerings than ever before. But this model isn’t just beneficial to customers, it also offers a consistent revenue stream. Tzuo cites Netflix as a pertinent example of how a subscription business model can offer a competitive advantage. “People sometimes complain that Netflix spends a lot creating content but the big difference between Netflix and a major movie house is that Netflix has recurring revenue. Netflix has over 100mn subscribers that pay the company more than $100 a year – that’s around $1bn in recurring revenue. Hollywood has to gamble and say ‘We’ll spend $200bn on a movie and maybe we’ll make money, but maybe it’ll be a bust’ whereas Netflix already has already acquired customers. They can use part of their $10bn in recurring revenue to buy new content. This ensures that users continue to enjoy the service and it helps them to acquire new customers.”

With clients such as the Financial Times, Schneider Electric, Ericsson, Ford, the Guardian and Trivago under its wing, Zuora’s customer base is a testament to the variety of industries where the subscription economy has taken root. Interestingly, Tzuo also points out how six of the top ten car manufacturers around the world also use Zuora’s services. “It’s unusual but it’s the same premise. Car ownership is declining because, thanks to companies like Uber and Lyft, people are realising that they can have a better experience elsewhere. With the rise of 4G and eventually 5G, McKinsey says there’s $1.5trn of new revenue streams that could be there for the taking for car companies if they can figure it out. It could be streaming movies, it could be services that help you find a garage. It even could be subscribing to a self-driving car service.” 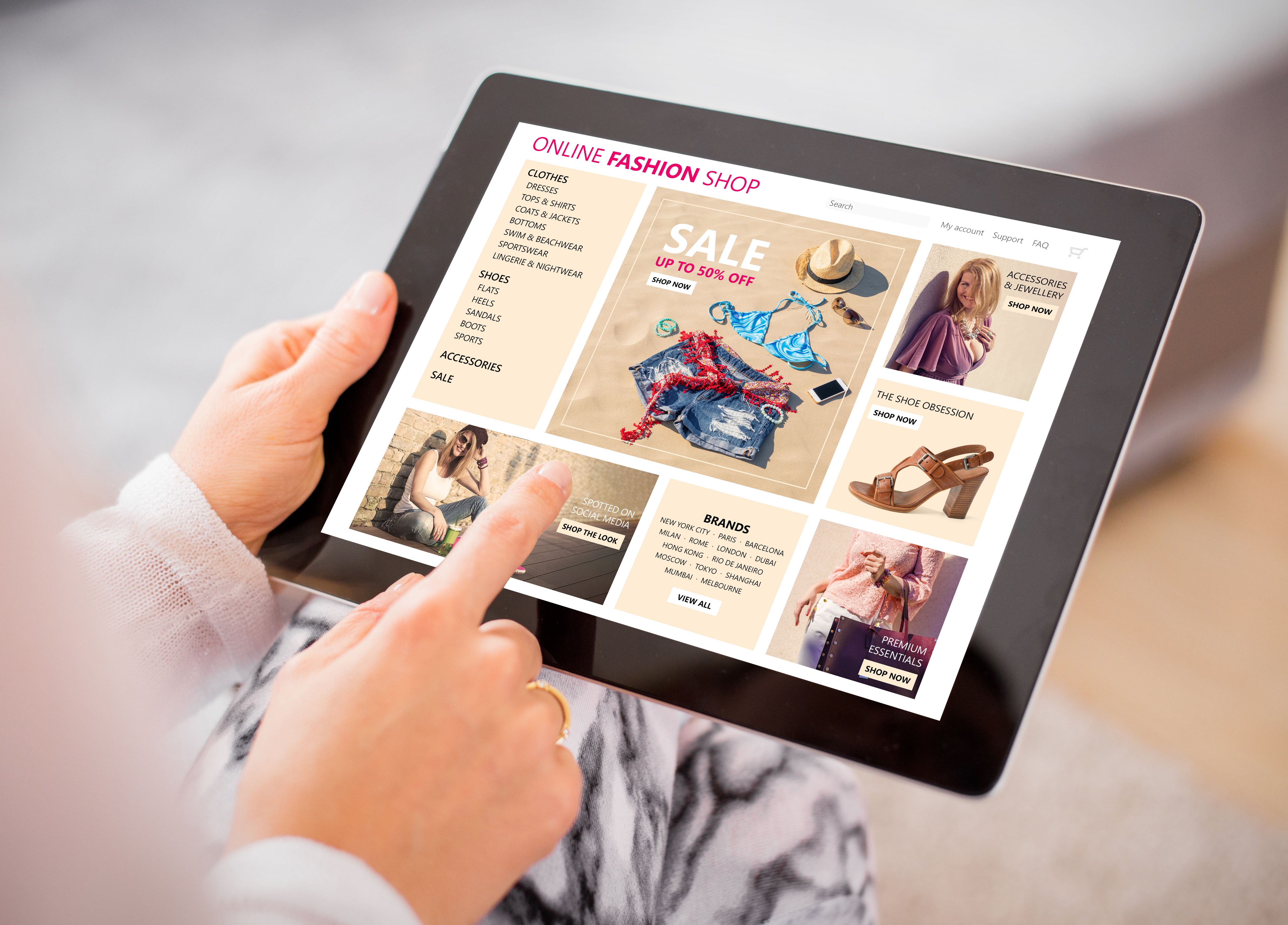 Shifting to a subscription business model not only requires a new way of thinking, but it also requires companies to revamp the customer billing experience and address the rising complexities that comes with that. Traditionally, everything from quoting to ordering and fulfilling fall between two key systems: CRM and ERP. Yet, subscriptions aren’t as simple. Rather than a linear process, subscription or recurring billing needs an agile system that can respond to thousands of customer events a day. Anticipating that the impending move to subscription models would disrupt core operations, Zuora has built an end-to-end portfolio of SaaS applications that allows companies to bring their entire subscription business under one roof. “We’ve been 100% focused on building a set of applications that any subscription business can use. Specifically, we look at things like pricing, e-commerce, billing, payments, renewals and revenue recognition. It’s a complex system.”

Throughout his career arc, Tzuo has often been credited with coining the phrase ‘subscription economy’ and now, he’s also added a new forward-thinking statement to his repertoire. “We coined the phrase ‘the end of ownership’ to encourage companies to stop obsessing about getting customers to own their products,” he says. “Instead we think they should focus on figuring out what customers want and delivering that. We believe that a world where we are getting what we need via a subscription service is much better than a product economy. It's more sustainable for the environment. It's a better experience for consumers to have vendors that actually care about their experience and it's actually a better business for companies, because when you build a business that is based on the loyalty of your customers and how much they love using your service, that's a much more stable business and has recurring revenue that you can depend on.