Social media is a staple of everyday life, and recent statistics from WhatsApp and Facebook in their quarter two earnings report further emphasise that,...

Social media is a staple of everyday life, and recent statistics from WhatsApp and Facebook in their quarter two earnings report further emphasise that, with around two billion people using Mark Zuckerberg's platform alone.

WhatsApp announced that it has one billion daily active users, but this figure rises to 1.3bn when the date range is expanded to one month.

This shows just why Zuckerberg was willing to shell out $19bn in 2014 for the messaging app, two years after the $1bn purchase of Instagram.

Around 55 billion messages are sent on the chat platform every single day, whilst the new Status feature - similar to Snapchat and Instagram Stories - now has around 250mn daily active users, despite little fanfare. 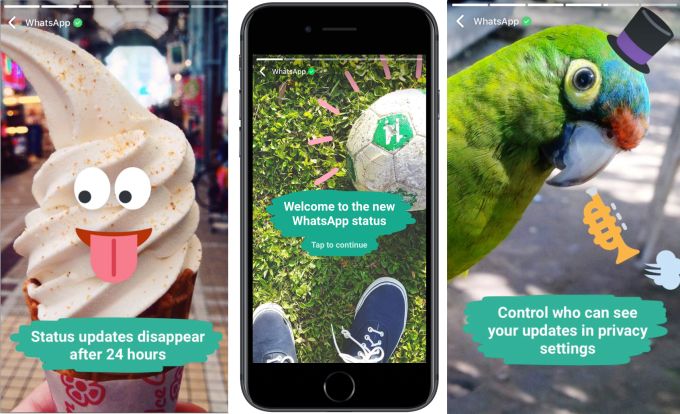 This is, however, more users than what rival Snapchat currently boasts - Evan Spiegel's photo networking holds 166mn daily users but the company also announced net losses of $2.2bn in its first quarter earnings report in May.

Stock prices plummeted as Zuckerberg continues his mission to clone Snap's features after his offer to buy the company was turned down in 2013.

Meanwhile, Zuckerberg's other social network Facebook recently hit two billion users - an average of 580,000 a day since hitting one billion in October 2012.

Facebook's earnings beat estimates and hit $9.32bn, despite slower growth due to Facebook's warning that it was running out of space in the news feed to show advertisements.

Profits for Q2 reached $3.894 billion and that means that for the first time in history, Facebook made more profit than Google, helped by the European Union fining the latter $2.7bn under its anti-trust guidelines.

Users grew by 3.4% when compared with last quarter's statistics, whilst overall growth is 17% year-on-year, which prompted a post from Zuckerberg saying: "We're making progress connecting the world, and now let's bring the world closer together."