Bitcoin is labelled a "fraud" as price falters, North Korea using it to boost income

Bitcoin is some way off its record high of $4,950 as it continues to falter amid concerns that the Chinese government is launching an anti-cryptocurrenc...

Bitcoin is some way off its record high of $4,950 as it continues to falter amid concerns that the Chinese government is launching an anti-cryptocurrency movement to crack down on digital currencies.

JPMorgan's CEO Jamie Dimon didn't help matters when he launched an attack on bitcoin, calling it a "fraud that will eventually blow up" - investment banks have made it clear that they disapprove of the cryptocurrency market.

"Anyone JPMorgan trading in bitcoin would be fired in a second - it's against our rules, and it's stupid," said Dimon at the Delivering Alpha conference.

Meanwhile, a recent report by Recorded Future says that North Korea appears to be funding its projects with bitcoin. 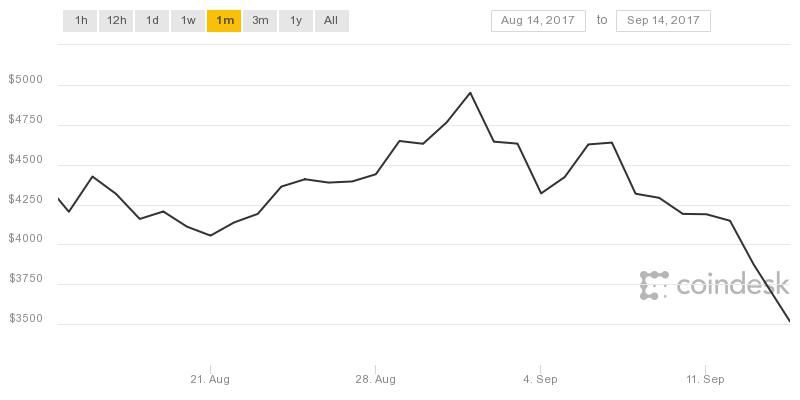 The intelligence research firm reported that North Korea began mining on May 17th, and potentially could be supplementing its income with the currency.

"We could not determine the volume of bitcoin being generated," said Director of Strategic Threat Development at Recorded Future, Priscilla Moriuchi.

"There was just activity being seen. The first theory is that this is state-sponsored, but another could be that it is simply an individual user who is one of the few who has access to the internet."