Google has launched Hangouts Chat after 12 months or more of development. Integrated tightly with its other G Suite apps, Hangouts Chat a direct challe...

Google has launched Hangouts Chat after 12 months or more of development.

Integrated tightly with its other G Suite apps, Hangouts Chat a direct challenge to popular workplace collaboration tools such as Slack and further reinforces Google's efforts to position its G Suite apps as an alternative to Microsoft Office.

Slack's success has seen a number of efforts to broaden existing messenger apps into collaboration tools, such as Facebook's Workplace and Microsoft Teams.

A large part of Slack's appeal has been its ability to integrate with other services - including G Suite apps - and Hangouts Chat purports to offer the same functionality. It offers integrations with Salesforce, Freshdesk, Trello, Wrike, JIRA and more. Developers will be able to create their own bots and integrate them, too. 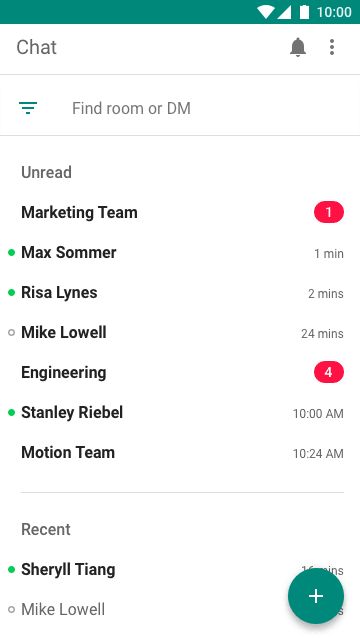 Perhaps most compelling for enterprises already running with GSuite will be its easy integration with Calendar, Drive, Docs and to launch Hangout Meet video conferences from the chat interface.

Available via iOS and Android as well as a browser, Hangouts Chat supports 28 languages and a whopping 8,000 chat room participants at a time.

A key differentiator for Google, though, is the centrality of AI to the featureset. Google says "intelligent bots" will "connect workflows and speed up tasks" such as booking meeting rooms, making calendar appointments, hunting for shared files and more.

Also promised is an enterprise-grade security built from G Suite's existing security ecosystem. Admins should rest easy knowing it's compliant and via Vault can archive, search and manage Chat-related data.

While G Suite continues to develop credibility as an enterprise solution, the launch of Hangouts Chat doesn't do much to clarify Google's instant messaging proposition more generally. Allo and Duo continue to play second fiddle to their messaging and video chat competitors respectively, while also sitting alongside Chat and Meet - the former aimed at consumers, the latter at businesses. While the rationale makes sense, it's a proposition that continues to confuse on devices that make no such distinction when in consumers' pockets.